INSECURITY: Nigerians Are On Our Necks Redouble Your Efforts, Gbajabiamila Tells Service Chiefs

(Go Down)
INSECURITY: Nigerians Are On Our Necks Redouble Your Efforts, Gbajabiamila Tells Service Chiefs. by Adekunle(m): 12:49pm on February 6 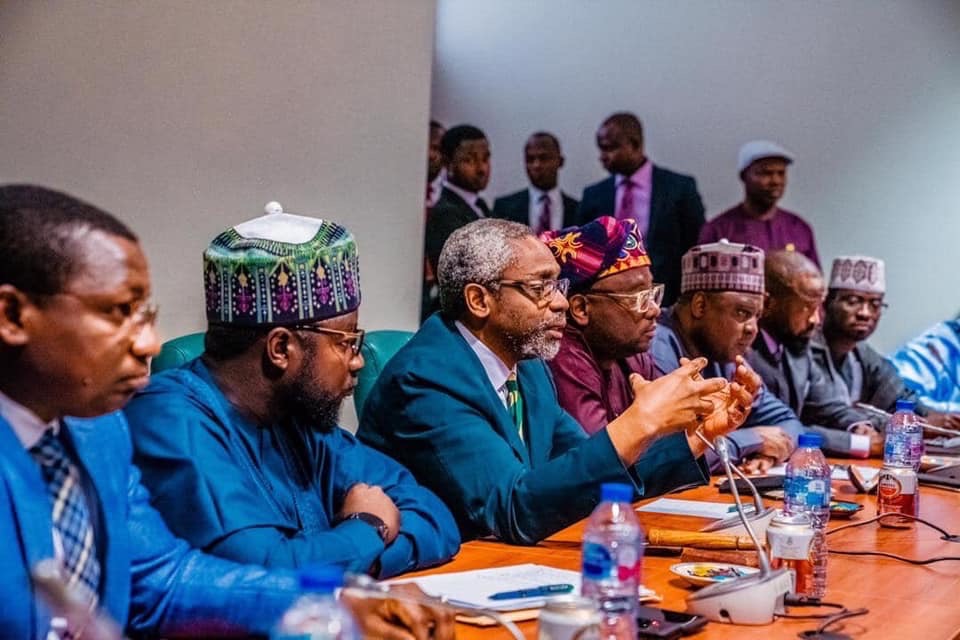 The Speaker of the Nigeria House of Representatives, Femi Gbajabiamila has called on service chiefs to redouble their efforts and to take the battle to the criminals troubling the security of the country.

He said that Nigerians are anxious and on the necks of their representatives in the House over the security situation in the country.

The Speaker, however, commended the service chiefs as well as men and women of the Armed Forces for doing their best and sacrificing their lives for the country, assuring that the House would continue to engage the armed forces to find a lasting solution.

A statement signed by Lanre Lasisi, his Special Adviser on Media and Publicity said that Gbajabiamila spoke at the meeting of the joint House Committees on ‎Defence, Army, Navy and Air Force with the Chief of Defence Staff, Chief of Army Staff, Chief of Naval Staff and the Chief of Air Staff.

“I thought I should be here to encourage everybody that we’re all on the same page. We all know the situation in Nigeria today, we can’t hide from it, we can’t shy away from it, we cannot pretend that it doesn’t exist.

“We spent practically the whole day on Wednesday (January 29) discussing the security situation in Nigeria as expected. Simultaneously, the Senate was doing the same thing without us comparing notes.

“So, it was a natural reaction to what was going on in the country today. Back home, our constituents are on our necks. People are dying every day, they are dying callously in ways that you can only find in countries without security forces. But we know that you guys are doing a lot,” the Speaker said.

Speaking further he said as a country, ‎”we must think outside the box; we must take the battle to these criminals whatever they are‎. Like I said at the State House the other day, Nigerians are anxious, but I do understand the limitations of the Armed Forces.

“My opening remarks on the floor of the House when we returned from break was to commend you guys, particularly the ones that are on the frontlines, sacrificing their lives every day, our men and women in uniform.

“This is another one of those meetings, engagements, which we said would be continuous. We said it the last time. It’s going to be continuous to find out exactly what’s going on, what the issues are, what the problems are, and hopefully get some commitments from you.


He expressed hope that “moving forward, things are going to get better. We know what the basic issues are: there’s funding, there’s equipment, there’s the recruitment of personnel.

“I believe the committee is well equipped to handle these issues. This is our priority. It’s the government’s priority, and it should also be our priority in the House. It’s major in our legislative agenda, and we must address it frontally, squarely and however and whatever needs to be done.”

He, therefore, called on all the stakeholders to work towards ending insecurity.